What next in the Brexit saga?

With less than three months to the country’s scheduled EU departure, it remains unclear whether the UK will leave with an amicable deal, crash out with no deal or whether the Brexit process will even be completed at all.

Following 20 months of arduous negotiations, Theresa May reached agreement with the EU on how the Brexit divorce will work in mid-November. However, while the Prime Minister did secure Cabinet backing for her deal, navigating safe passage of the EU Withdrawal Agreement through parliament is proving to be a much more daunting task.

MPs began debating the bill on 5 December. However, after just three of the five planned days of debate had taken place, Theresa May was forced to postpone a Commons vote scheduled for 11 December after it became apparent that she did not command anywhere near enough support from her own MPs to get the bill through.

Indeed, the Prime Minister admitted that “widespread and deep concern” surrounding the Northern Ireland backstop meant her deal would have been rejected “by a significant margin” had the vote taken place. Instead of facing heavy defeat she therefore sought to raise MPs’ concerns with EU leaders at a Brussels summit in the hope of securing fresh concessions.

However, Theresa May’s efforts proved fruitless and ended in confrontation with European Commission President Jean-Claude Juncker, after he described her Brexit demands as “nebulous and imprecise“. Having secured no further concessions from the EU, it now seems unlikely the Prime Minister will have enough parliamentary support for her deal.

A Commons vote on the EU Withdrawal Agreement is now set to take place by 21 January at the latest, although Brexit Minister Robin Walker has suggested it may be sooner. The UK is scheduled to leave the EU on 29 March 2019 and, if the bill is passed, then an orderly Brexit will begin on that date; if not, however, a ‘no deal’ Brexit will occur on the same day.

Halting Brexit will require a change in UK law, although this does remain a possibility, particularly following a recent European Court of Justice ruling stating that the UK could unilaterally cancel the Article 50 Brexit process and remain an EU member on its existing terms. In short, with less than three months to Brexit Day, it remains distinctly unclear what sort of Brexit will ensue or, indeed, whether Brexit will be delivered at all. 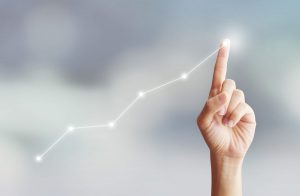 Bank of England (BoE) officials have reduced their growth forecasts for the UK economy and warned that a lack of clarity over Brexit is hitting economic prospects.

The BoE revealed its latest forecast after announcing that interest rates would remain unchanged following its Monetary Policy Committee (MPC) meeting on 20 December. Specifically, it noted that uncertainty over the UK’s departure from the EU had ‘intensified considerably’ during the past month, while a global economic slowdown was also impacting the UK.

As a result, the BoE is now predicting that the UK economy is likely to grow by 0.2% during the fourth quarter of 2018, down from its previous forecast of 0.3%. It also said that a similar growth profile was expected to emerge during the early part of 2019.

The latest official economic growth data released by the Office for National Statistics (ONS) confirms that the UK economy has indeed begun to lose momentum. The data showed that the economy grew by 0.4% during the August-October 2018 period, down from a growth rate of 0.6% recorded across the three months to September. Recent survey evidence also suggests that economic activity is likely to slow further in the coming months.

Global equities rose on the last day of December, as progress in resolving the US-China trade dispute prompted investor optimism, in what has been a challenging year for many markets.

Despite advances made on New Year’s Eve, indices ended the year largely in negative territory. Slowing economic growth, Brexit uncertainty and trade war concerns continued to weigh on sentiment. European and Asian equities have faced challenges during much of the year, and in recent months, US stocks followed suit, after a series of record highs through the late summer and early autumn.

Gold closed December at $1,282.29 a troy ounce, a gain of 4.92% over the month, a loss of 1.56% over the year. Equity weakness over the last quarter of the year, and the weakening dollar over the past month, supported gold.

Going into the year, the focus is on the OPEC-led production cuts commencing 1 January.

Pay growth strongest for a decade

The latest set of employment statistics shows that the UK labour market remains in a robust state and that the recent recovery in real pay growth is gathering momentum.

According to data from the Labour Force Survey, the number of people in work rose to a record high of 32.48 million during the three months to October 2018, 79,000 more than in the three months to July and 396,000 higher than a year earlier. And, although the data also revealed a 20,000 rise in the number of people unemployed, the overall unemployment rate was virtually unchanged at 4.1%, considerably down on the previous year’s level of 4.3%.

The data also revealed a faster than expected increase in pay growth, with average weekly earnings excluding bonuses rising by an annual rate of 3.3% in the three months to October. This rise was at the top end of economists’ forecasts and represents the highest annual growth rate since November 2008. In real terms, regular pay increased by 1.0% in the three months to October, the highest annual real rate of growth since December 2016.

This latest data suggests that the long period of consistently weak wage growth may now be at an end and this is clearly good news for the household sector. However, stronger wage growth is likely to fuel inflationary pressures and therefore impact on the future path of interest rates.

The BoE previously stated that it will need to gradually tighten monetary policy in order to offset wage-driven rises in inflation. And the BoE’s forecast was for slower wage growth for the end of 2018 than the recent data revealed. Clearly, Brexit uncertainties still dominate interest rate policy, but concerns over the inflationary impact of a strong labour market are likely to come more to the fore during 2019.

The rate of inflation in the UK fell to a 20-month low in November 2018 with policymakers expecting price pressures to ease further during the coming months.

ONS data showed that the Consumer Price Index 12-month rate – which compares prices in the current month with the same period a year earlier – stood at 2.3% in November, a slight decline from the 2.4% figure reported in October. This left the measure of inflation at its lowest level since March 2017.

Commenting on the figures, Mike Hardie, Head of Inflation at ONS, said: “Inflation was little changed as falling petrol prices, thanks to a substantial drop in the cost of crude oil, were offset by rises in tobacco prices following the duty changes announced in the Budget.”

The current downward trajectory for the rate of inflation is expected to continue over the next few months. Indeed, the BoE has stated that the decline in crude oil prices is likely to see the headline rate of consumer price inflation fall below its 2% target by the start of 2019 and that it is likely to remain below this level for a number of months.

However, as noted earlier, BoE policymakers also maintain that domestically-generated inflationary pressures are building and it is apparent that the MPC believes interest rates are currently below ‘neutral’ levels. Despite the current decline in the rate of inflation, a gradual rise in interest rates over the next two years is therefore still thought to be appropriate in order to control any build-up of inflationary pressures over the medium term.